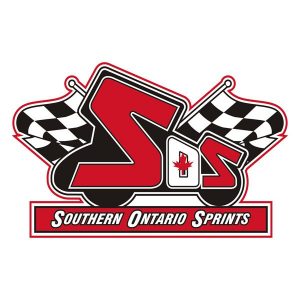 The Kool Kidz Corr/Pak 360 Sprint Cars will defend home turf against the Southern Ontario Sprints tour on Canada Day, while the Affordable Towing & Recovery Thunder Stocks will do the same against the traveling drivers from the Duel on the Dirt series. The Strickland’s GMC Crate Sprint Cars, HRW Automotive Mini Stocks, and Gale’s Auto Aftermarket Bombers will also be contesting the 7th round of Ohsweken’s weekly racing series.

Ohsweken’s Thunder Stock teams will contest the longest feature race of their season in the running of running of the 5th annual Brock Leonard Memorial 50 lap race. Thanks to the generosity of sponsor Gale’s Auto Aftermarket, the 2016 edition of the Brock Leonard Memorial 50 will pay $2,000 to the winner, $1,000 to the runner-up, $500 to 3rd place, and a minimum $100 to all A-Feature starters.

The race honours Brock Leonard, a long-time speedway official and friend to many in the Ontario racing community, who passed away in 2012. Previous winners include Brad Herron (2012), Ryan Turner (2013), Lee Winger (2014), and Karl Sault (2015).  The race will also serve as the first combined race on the 2016 Duel on the Dirt schedule, bringing invaders from Merrittville Speedway, Humberstone Speedway, and Brighton Speedway.

An average of 117 drivers have signed in for each of the first six rounds of Ohsweken’s 2016 season. Racing will take the green flag at 7:30pm this Friday, July 1. Visit the official Ohsweken Speedway website at www.OhswekenSpeedway.com for ticket prices and more information.

BIG EVENTS COMING IN JULY!
Kasey Kahne, Ken Schrader, and the World of Outlaws are just the top of the iceberg when it comes to Ohsweken Speedway’s July schedule! Check out our commercial for more: https://www.youtube.com/watch?v=tXWPz4fkBOU

About Ohsweken Speedway:
Founded in 1996, Ohsweken Speedway is a motorsports complex which includes a 3/8 (0.375) mile clay oval track. The facility is owned by the Styres family, and located in the village of Ohsweken, Ontario, Canada. Ohsweken’s weekly Friday night racing program runs from May to September each year, featuring 360 Sprint Cars, Crate Sprint Cars, Thunder Stocks, Mini Stocks, and Bombers, while the season finishes each year with the annual Canadian Sprint Car Nationals. Ohsweken Speedway also hosts weekly Micro Sprint racing on Thursday nights, and has been a yearly stop on the World of Outlaws Sprint Car series schedule since 2007.
‎
Website: www.OhswekenSpeedway.com‎
Facebook: www.Facebook.com/OHSWEKENSPEEDWAY
Twitter: @OhswekenSpdway
YouTube: www.YouTube.com/user/OhswekenSpdway