Following the Dash For Cash event held for the Crate Sprint Cars on Sunday, September 18, the top finishing engine from each approved engine builder was taken apart and inspected. These procedures were carried out in order to ensure continued fair play in the 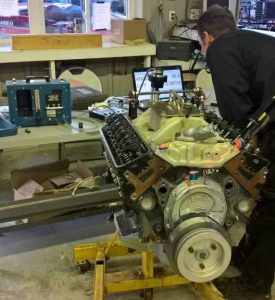 “We appreciate the assistance of the race teams and engine builders in this matter,” stated Ohsweken Speedway General Manager Clinton Geoffrey. “Tech procedures like this show that we are serious about keeping the racing fair and affordable.”

The Strickland’s GMC Crate Sprint Car division was created in order to provide a fair and cost-effective opportunity for teams and drivers to get involved in Sprint Car racing. Ohsweken’s race teams have proven the Crate Sprint Car concept over the past three seasons, with several other tracks and organizations now implementing similar models. 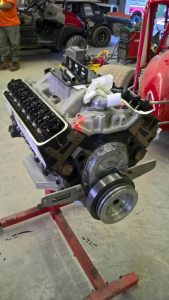 hird season of weekly racing in Ohsweken Speedway’s Crate Sprint Car division saw steady growth, with 25 drivers competing in at least one of the 19 events held at the track in 2016. Track officials and partners continue to be pleased with the results of the GM 602 Crate engine program, and look forward to building upon the solid foundation in the seasons to come.

The Strickland’s GMC Crate Sprint Car division has seen 12 different A-Feature winners over the first three seasons of competition at Ohsweken. 37 different drivers have completed in at least one Crate Sprint Car event over the past three seasons, with 30 of those drivers making their first ever start in a full-size Sprint Car. Several drivers have used the Crate division as a springboard to success in the Kool Kidz-Corr/Pak 360 Sprint Car division, including two of the top four in the 2016 championship standings – Dylan Westbrook and Jake Brown.

About Ohsweken Speedway: Founded in 1996, Ohsweken Speedway is a motorsports complex which includes a 3/8 (0.375) mile clay oval track. The facility is owned by the Styres family, and located in the village of Ohsweken, Ontario, Canada. Ohsweken’s weekly Friday night racing program runs from May to September each year, featuring 360 Sprint Cars, Crate Sprint Cars, Thunder Stocks, Mini Stocks, and Bombers, while the season finishes each year with the annual Canadian Sprint Car Nationals. Ohsweken Speedway also hosts weekly Micro Sprint racing on Thursday nights, and has been a yearly stop on the World of Outlaws Sprint Car series schedule since 2007.
‎
Website: www.OhswekenSpeedway.com‎
Facebook: www.Facebook.com/OHSWEKENSPEEDWAY
Twitter: @OhswekenSpdway
YouTube: www.YouTube.com/user/OhswekenSpdway